One of the many sayings of my Grandma Darlene was “My get up and go, got up and went!”.  As the years slip by I have come to understand exactly what she meant.  Two days ago I was relaxing in the chilly chicken run watching my girls (and boy) doing what chickens do – scratch, peck, poop, and repeat – when I noticed that Barbi (Barbecue) my Barred Rock was sneezing.

A sniffle and a sneeze isn’t the end of the world for a chicken, Buckbeak, my dark Brahma hen, has sneezed quite a bit her whole life.  So I doused her nostrils with a bit of VetRx, an seemingly cure all for poultry ailments of the respiritory sort and even dribbled a few drops down her throat.  She hated it; so did I.  I let her go and she sneezed and snorkled a bit and went about seeing what tasty tidbits were hiding in the straw and pine needles in the run.  Then the next night I was doing my roost check to make sure there was no bumble foot (kinda gross but something chickens get often) or overly pecked places, or even that my rooster, Olivander, hadn’t got over zealous doing what roosters do on my small White Leghorns, I noticed that Barbi was still sounding congested.  I had taken the VetRx into the house to wash up (anything in the chicken coop is automatically gross) and decided it would be easiest to wrap her in a towel.  She ended up spending the night in the kitchen.  Don’t worry – she was in my brooder/tote, not free ranging on carpet and cat food.   She seemed to do a bit better, but still sounded gurgly.  Next step, I did what any novice chicken tender does, I consulted the all knowing, all panicking Google.  She was either just fine with a bit of a sniffle, or she was going to die a painful death with a few options in between.  All cases, other than the, she’s fine with a sniffle, recommend cleaning out the coop AND the run.  Sure, yeah, no big deal I can do that.  What a workout that will be!

I now have to accept the fact that I am not in my 20’s any more.  I’m about 11 months shy of not even being in my 30’s any more.  I am NOT in shape (no lying about that).  My get up and go, got up and went WAY before I even got to my second wheelbarrow of chicken poop composted with straw and pine shavings and muck.  I wished I was magic and could wiggle my nose and have the stamina of a teenager or even better, to just have the run raked out.  And by rake, I mean pitch fork scooping three layers of crap (quite literally) into the wheel barrow.  The brilliant idea of letting the 20 birds out to get a bit of free range was awesome, until Olivander decided that in ALL the property he had access to that was considered “home”, he wanted to go through the  small V  in the fence where the post had decided to lay back and take about half the hens with him to a neighbor’s property  and just stand in a bit of dry weeds looking lost.  A shake of the dried meal worm bag did bring them back, kinda.

Buckbeak couldn’t fit through the wire and I had to pick her up and toss her back over.  Everyone else managed to fit through, because they couldn’t figure out how they got to that side of the fence to begin with.  So they got locked up in my garden. That was awesome and all I really needed to do was keep an eye out for aerial predators.  After about 4 hours, I had got half the run raked out, my compost pile had doubled in size, my lower back decided it wanted to start spasming, and I could no longer stand the rank smell from the run.  Thankfully my amazing parents brought me a fresh bail of straw and I ended up treating the run with diatomaceous earth and tossed the straw down.  I had two hours of daylight left and still needed to get the birds BACK into the run.  Cleaning the coop would have to wait (it’s waiting longer than I planed). It only took about twenty minutes to get the birds back in the run.  I had run out of dried meal worms and didn’t have much of anything left to lure them back with, so that meant running laps around the run and funneling them in through the gate.  Sadly in the raking I had tried to move one of their play structures I had fashioned out of an old organ frame and lumber and it had fallen apart, but the fresh straw kept them entertained until sundown. 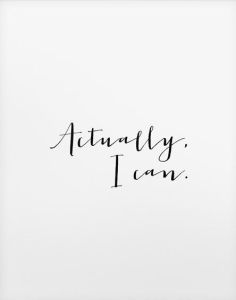 This whole process gave me several hours to my thoughts.  One of the many lies I had been told for years by my ex, was that I was lazy.  I couldn’t keep anything clean and wasn’t capable of taking care of anything, including myself.  At one point I had told him I didn’t need him to try to “parent” me and he flat out told me I did.  I still marvel that I never maimed the man.  With each shovel I embraced his words as a straight up lie.  If I was lazy, I would NEVER have decided to be a chicken keeper.  Sure on a daily basis chicken keeping isn’t time consuming, I mean, I don’t do daily feeding, I have feeders that hold a few pounds each of their feed and leave it out.  My breeds aren’t ones that have a reputation for over eating, so I fill the feeders once a week.  The water containers are another thing that only need attention about once a week.  The chicken run rarely EVER gets cleaned out because it usually is very self sustaining and I periodically just rake out the pine cones and such as everything else is broke down and returns to the dirt and the chickens keep it all churned.  The coop, however, needs attention frequently.  I need to make sure the nesting boxes are clean.  They tend to poop in there during their waiting game to see if the egg is coming.  I have a table up under the main roosts to catch the nightly poop and I use pine shavings as their “litter” to help control smell.  That has to be changed out every few weeks, but I still check to make sure everything looks normal.  I inspect the birds, I inspect the run, and whenever something wonky happens with one of the birds, the first step is to clean out everything.  EVERY-THING…. I still hurt from yesterday’s raking and I didn’t even get everything done that I wanted to!  But I wasn’t lazy. 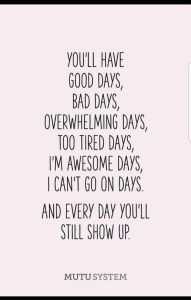 Keeping chickens has helped me work through the false belief that he crammed into my ears for so long that I was lazy.  It’s taken awhile for me to wrap my head around it.  I knew it was a lie, but at the same time, I still felt it.  I know I will probably still hear his words, thankfully I’ve almost forgotten the sound of his voice.  I just know now I will be able to look at the new life I’ve been building for myself and know that he was full of it.  I may have a hard time getting things done, suffering from anxiety and depression makes it hard to want to do much of anything, even if it is something I enjoy.  If you are struggling with working through the lies that your abuser has conditioned you to believe about yourself, find something that brings you joy that is the complete opposite of that lie.  So when you are working at that thing that brings you joy, like me taking care of the chickens, imagine your abuser watching and trying to convince someone of the lie they told about you and how your actions are proving them wrong.  Now while raking chicken muck itself doesn’t bring me joy, caring for my chickens does, so during my labors yesterday when I was really wanting to quit, I imagined my ex trying to convince someone (I liked to think of that someone as being me trying to shift from the old self to the new self) that I was sooooo lazy, and that someone going “i don’t see it…”.  Then I like to imagine him getting flustered and sputtering and just throwing up his hands giving up at trying to perpetuate that lie.  I see it as a mental victory and a step towards healing.

And with that thought – I am going to go make myself a nice dinner.  I really wanted to get a bunch of junk food because I “earned it” yesterday and really don’t feel like standing any more than necessary, but, what I earned was a nice healthy meal that includes more than processed food groups.  I’m not much of one for following cooking recipes (I like to improvise…), but I am going to give a go at a recipe I found on Pinterest; Steak Bites with Garlic Butter .  There’s not much I like better than steak and garlic and butter.  Putting them all together just sounds amazing.  I’ve got some salad in the fridge and I’ve got some frozen french fries I might make – or I may just do something else; either way – it’s going to be better than the junk I talked myself out of. 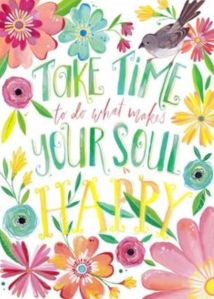